It doesn’t get any more political than this! 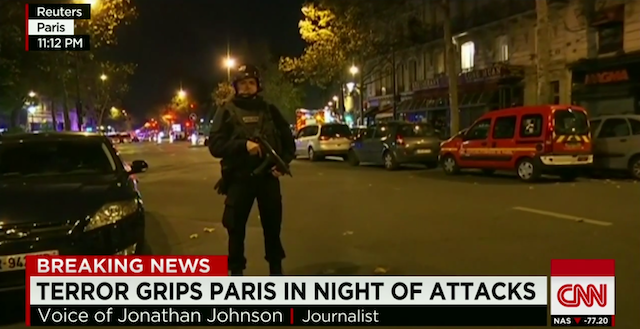 Pray for France, pray for the world, don’t make this a political thing! What the hell does that even mean?

The number of people treating the terrorist attacks in Paris as if it were some natural disaster is astonishing. The level of denial and white shaming from western civilization, especially in the US, is not so surprising. The barbarians are literally burning Europe to the ground, and American liberals respond by criticizing socialist France for closing its borders. Isn’t that kind of the point of having borders? So you can control who enters, and close them if necessary?

Well, here’s some news for you entitled, white-shaming, communist cowards. When these Islamic monsters are actively patrolling your neighborhood, you’d better be finding that conservative, gun-nut neighbor you love to hate, and beg for protection. Because Islamic extremism doesn’t care what color you are. They don’t care what religion you follow, and they don’t give a damn that you hate western civilization too.

What do you think?